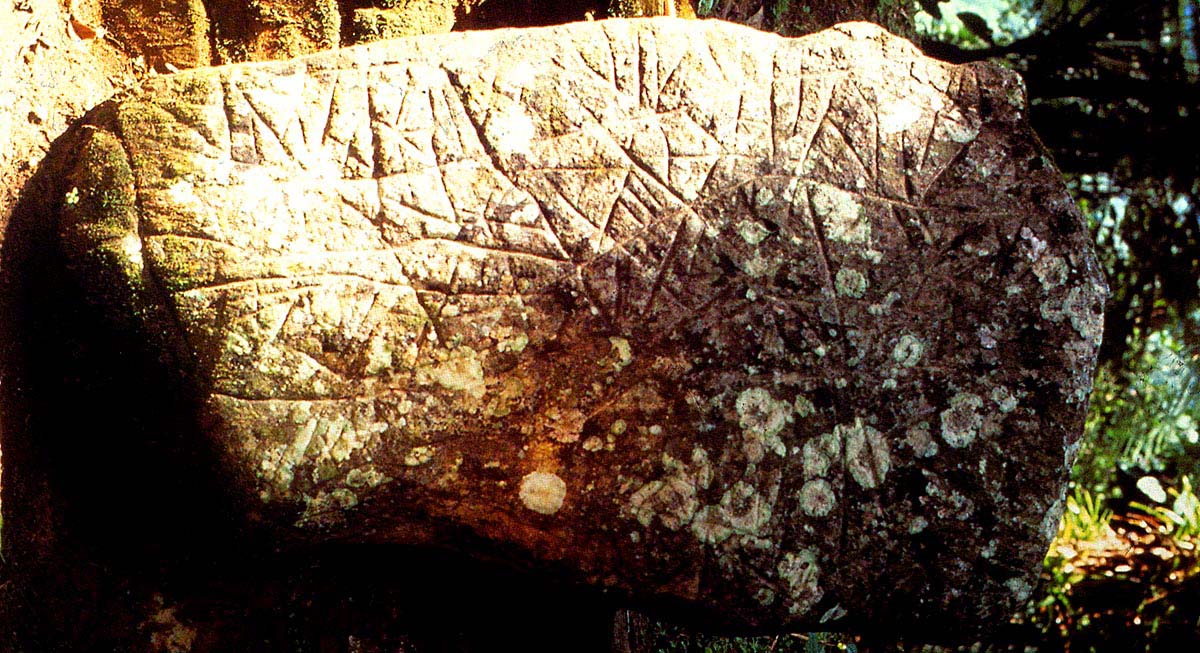 The performance piece entitled 'Gold' by State Theta was based on the film 'The Heart of the World' by Alan Ereira.

This film brought a message from the Elder Brothers (the Kogi) to their Younger Brothers in the West warning us of the results of continued neglect of the harmonies of nature.

The Trust was established by Alan Ereira in 1990 under Colombian law, in order to give the indigenous people of the Sierra the opportunity to benefit directly from world-wide interest in them, arising from his film From the Heart Of the World: The Elder Brothers' Warning and book, The Heart of the World.

'Tairona' is a generic term for the civilization which occupied the Sierra Nevada de Santa Marta, Colombia, at the start of the sixteenth century. Unusually, this civilization survived the initial contact with Spanish settlers, and did not experience a shattering military defeat until 1600.

That event produced a massive flight of refugees into less accessible areas of the mountain. Here the Tairona priests were able to construct an ordered society along traditional lines, devoted primarily to caring for the fertility and health of the Sierra, which they regard as the "Heart of the World". The descendants of the Tairona still live there, regarding the rest of humanity as their "Younger Brothers".

Of the three surviving indigenous groups in the Sierra, Kogi, Arhuaco (or Ika) and Asario (or Sanka), the Kogi are the least acculturated. They have maintained the purity of their religion, culture, political structures and pattern of life to a degree unequalled in any other known indigenous group in the Americas. They have done this by rigidly excluding external influence and artifacts as far as possible and practical. The priests ("Mamas") have complete control of the daily life of the people.

In recent years, the Kogi have suffered encroachment from Colombian peasant farmers, who have deforested the lower slopes of their region and cut them off from the sea at the mountain's foot. They need that access in order to obtain fish as protein, and shells to make lime for their ritual gourds (poporos). As the peasant farmers pushed higher, the Kogi were also being excluded from regions of the mountain which produce the staples of their existence, such as cotton and plantains.

At the same time, the Kogi have observed significant ecological changes, such as the rapid melting of snowfields and glaciers on the peaks, and declining water tables.

They associate these changes with the final stages of colonisation - the occupation of "The Heart of the World" by the Younger Brother, the total despoliation of the earth by deforestation, mining and drilling, and the destruction and theft of Tairona artifacts in ancient cities and burial sites. These artifacts, combined with the Mamas' metaphysical work in the spirit world of "aluna", are believed by the Kogi to be essential in maintaining the harmony and balance of life.

The Kogi not only represent a unique survival from pre-Colombian America, but, as a society whose ethical values are drawn from ecological concerns, have much to teach us at a time when we are becoming aware that the balance of life cn earth may indeed be in danger from our civilization. The Mamas are people of profound traditional learning, who value contemplation, meditation and clear thinking, whose religious thought is highly developed and sophisticated. This too is unusual in a political leadership.

The film and book were projects arising from the Mamas' desire to warn the Younger Brother that, if he does not behave more responsibly towards the world, all life is urgently threatened. Part of any profits made by the film and book go to the Trust.

All the Trustees are indigenous people of the Sierra, except for one (Alec Bright, an Englishman living in Bogota) who is a member of the Banco de la Republica. The projects they support are nominated to the Trust by Gonavindua Tairona, a legal body representing the Mamas, which is recognised under Colombian law.

Donations to the Trust may be made C/o Alan Ereira, 90 Summerlee Avenue, London N2 9QH, England.

Find out more about the Kogi and the Tairona Trust.